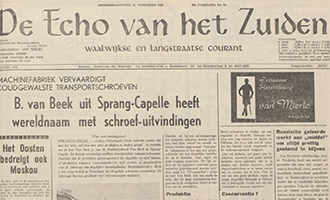 Improvisation talent, an innovative spirit and the will to produce a quality product gained Van Beek worldwide fame as long ago as the 1960s. Our screw conveyers were exhibited at international exhibitions in Nairobi and we were hearing from interested customers from countries such as Japan and Pakistan. This is revealed in an article published on 18 November 1968 in the Echo van het Zuiden, the local Waalwijk and Langstraat newspaper. It was full of praise and admiration for the founder of Van Beek Schroeftransport, Marinus van Beek.

Marinus van Beek’s innovative spirit developed way back in the pre-war years by designing machines. “What my father achieved is largely due to his feeling for technology. The first machine he developed was a potato haulm plucking machine”, says his son, Beb van Beek, in the article about an invention that in the end was not taken into production. However a flax plucking machine developed by Van Beek senior was introduced for a short time, but then a crisis in the Dutch flax industry disrupted its further development.

Ahead of his time
It was during this crisis that Marinus van Beek threw himself into the production of screw conveyers. The very labour-intensive production, which needed a lot of manpower and required an undue amount of equipment, could according to the founder of the strong, innovative organisation as we know it today, be carried out differently. The circular, sustainable economy at Van Beek was even then already of paramount importance, before it became a hot issue many decades later.

Full of praise
The first machine was soon a reality that according to the Echo van het Zuiden ‘guaranteed a large production of screws, gave better quality and meant an enormous saving, at least 50 times less’. In addition the paper was full of praise for the talent of Van Beek and very surprised that important inventions were being made in the then still small business premises on Raadhuisstraat in Sprang-Capelle: ‘It is almost unimaginable, if you enter the work room of Machinefabriek Van Beek and see a big complicated machine standing there, that this was invented and also built by one man’. It at once became the first machine of its type in the world and for a long time Van Beek also remained the only machine factory producing screw conveyers in Benelux. “Oh, to achieve something like this you have to be born to it. Father also normally operates the machine himself. He is also constantly looking for new opportunities”, concluded Van Beek junior at the time.

From strict confidentiality to openness
Although Marinus van Beek had gold in his hands with his invention, he purposely did not choose to submit a patent application. For this a complete drawing of the machine would have had to be submitted, which could be freely taken over by technicians all over the world. In November 1968 it was therefore strictly forbidden for the Echo van het Zuiden to take photos of the invention in the workshop.

Nowadays Van Beek is only too proud to publicise its machines and projects, but that has more to do with the fact that today everything is customised and every design is of a unique kind. Van Beek has meanwhile also exchanged the Raadhuisstraat in Sprang-Capelle for a spacious and beautiful new location some ten kilometres further on in Drunen. Marinus van Beek’s feeling for technology, the constant search for new opportunities and the will to innovate still permeate our organisation today. For example Van Beek uses the latest technologies and we enrich others by sharing our expertise via Van Beek’s knowledge bank, Van Beek Academy.

The Echo van het Zuiden thus ends the article with a more than fulfilled future prediction: ‘We do not doubt that we will be hearing more about this Sprang-Capelle company in the future’. 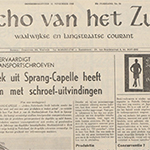 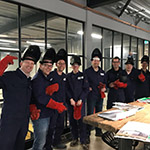 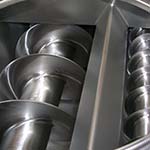 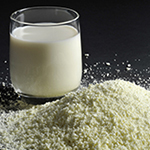 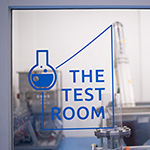 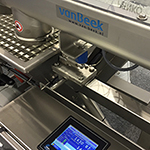 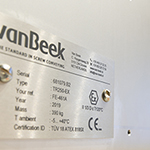 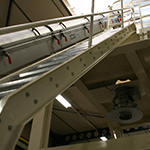